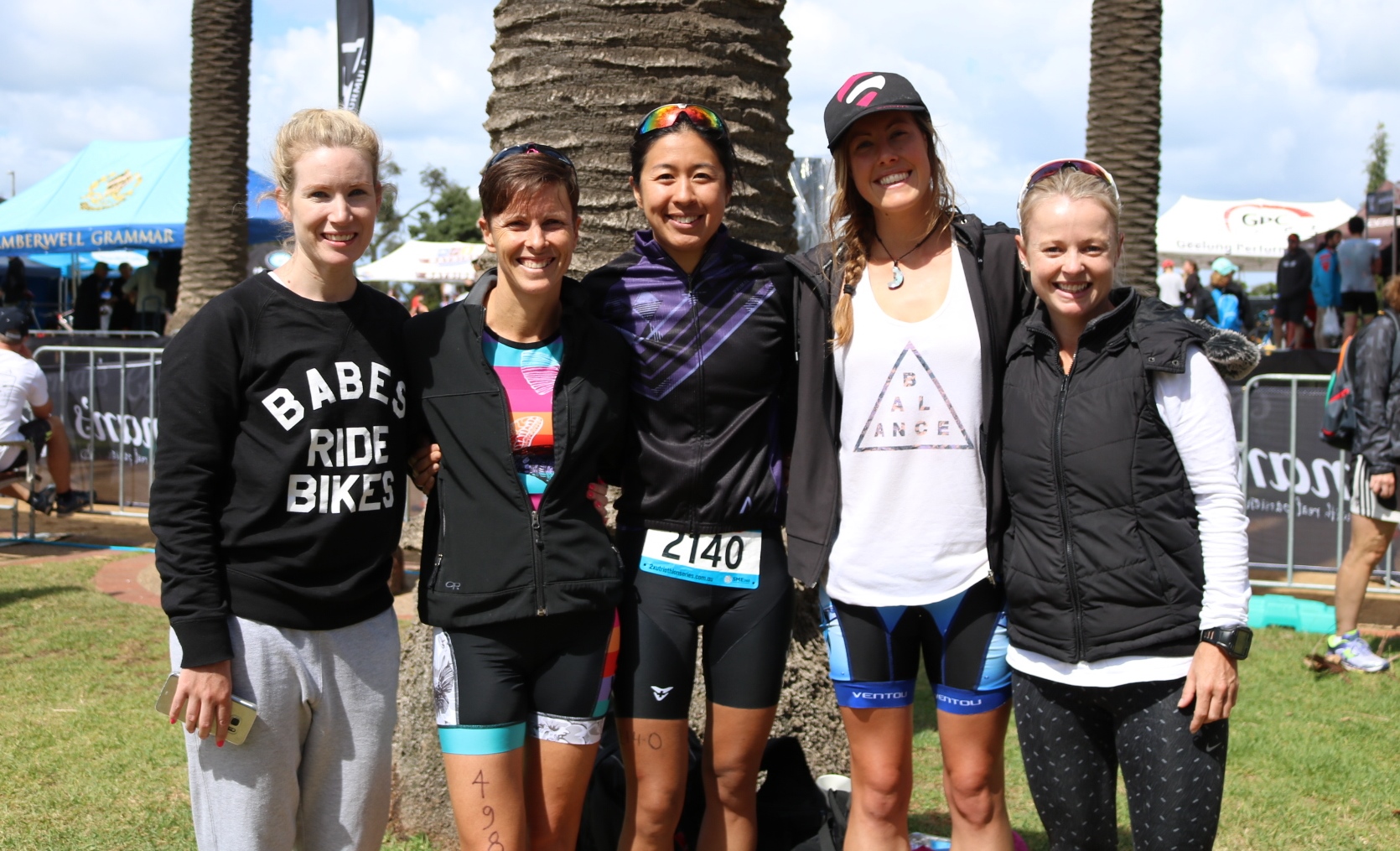 Well Melbourne, you delivered again! It’s nearly a given now that at least one race of the Melbourne Triathlon Series is altered to a duathlon format due to rain and poor water quality in the bay, and Sunday was that race. (Hopefully the only one for the season!). It can be disheartening for athletes even if the swim leg isn’t their strength, as it is these athletes that spend that extra effort diligently trying to improve their swim leg only to have it taken away. And can be a bummer for those who use the swim leg to their advantage, as they know their race plan is changed and the race becomes that little bit more challenging! But the good thing is, many athletes are now accustomed to the possibility of a race change and so go about their business without a fuss.

We had a small group of athletes racing in the sprint, Olympic and Aquabike, and had great results all round:

OLYMPIC DISTANCE: 7km run / 40km ride / 10km run
Trinh Thai – 4th F30-34, 2:35:25
Trinh is one of those athletes who’s strength is swimming, and at the same time has been working through a base strength program on the run with minimal speed or threshold work so for the swim to be replaced by a 7km run, it was going to be about managing the body through. And that she did. Some great positives from this race including a 5km run PB ! Goes to show that you can get results even when you don’t expect to.

SPRINT DISTANCE: 3.5km run / 26.7km ride / 5km run
Kara Landells – 3rd F25-29, 1:26:29
Kara has only been with CPC for 6 weeks, and already has learnt so much. Focusing on some longer term goals, she still came away with a solid race performance including a 1.7km ave faster ride than race 1, moving from 6th fastest time to 3rd fastest, and moving herself from 4th place to 3rd, with sheer will and determination at the end of her race to pass 3rd place with less than 1km to go. Plenty of further improvementscoming from this one!

Narelle Crooks – 9th F40-44, 1:31:18
For anyone who thinks the age groups get easier the older you get, think again! The competition is tough no matter the age and even more so when you race against ex-pros! A great all round race by Narelle, pushing herself against the tough competition and hitting another top 10 finish. She does have some goals she has in mind though and starting back on a program with me this year, we are both determined to see her hit them. So watch this space!

AQUABIKE: 500m run /40km bike
Dayna Wilkie – 3rd F Overall, 1:13:05
Dayna hit the racing scene for the second time post the birth of her bub earlier last year, and for the second time running landed herself on the podium! The aquabike is a great initiative for those who can’t/are unable to run, and despite the swim being changed to a short swim, Dayna took it in her stride. A great result all round and a solid ride, pushing her power threshold higher yet again! 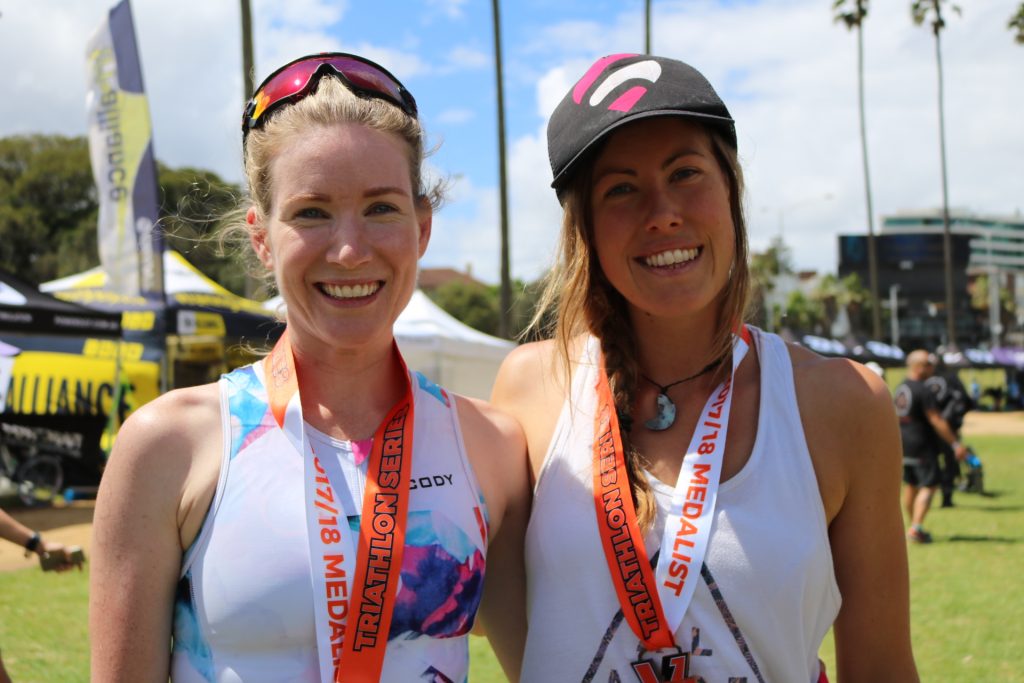 TWO BAYS TRAIL RUN (28km)
Scott Memery – 6th M40-44, 2:17:16
28km is a decent race, made even harder when when it is over trails and hill including 650m worth of climbing and nearly as much descending. It leads to some very fatigued legs and heart rates sky high. Scott’s prep was short, but had a fairly uninterrupted preparation hitting his sessions and recovering well. The race was always going to be tough though. After waking up not feeling 100% race morning and a couple of things not quite going his was on the day, but to come away with sub 5min/km and 6th in his age group after giving everything he had on the day – you can’t ask for any more than that!  Now to go and find his legs… 😉 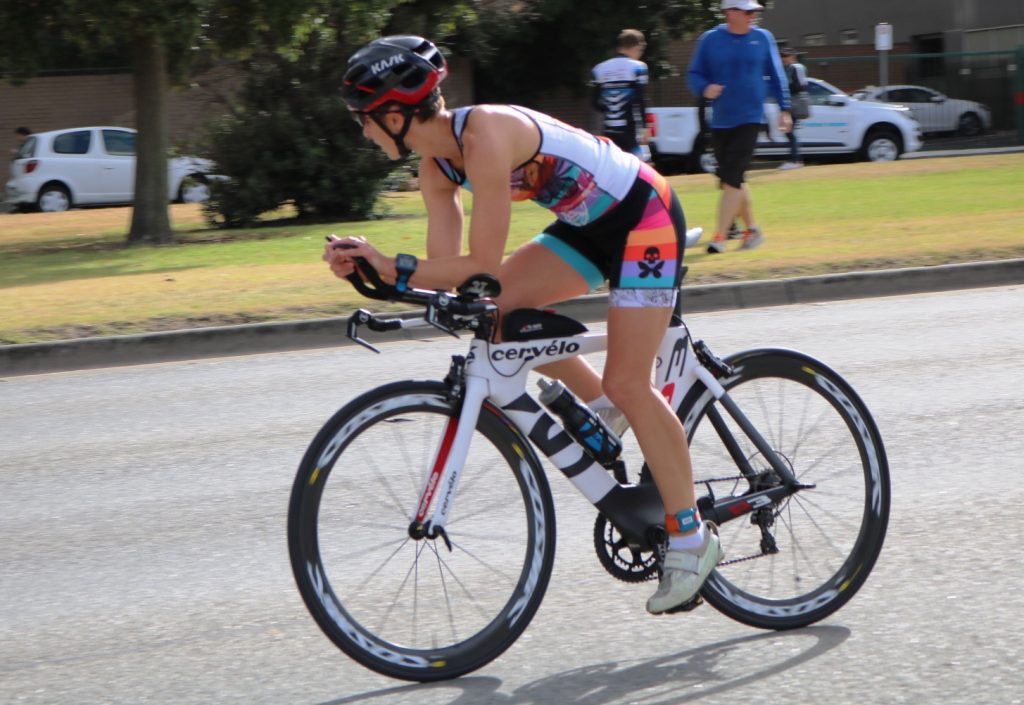 Further racing coming up for the remainder of the month we have athletes racing including: