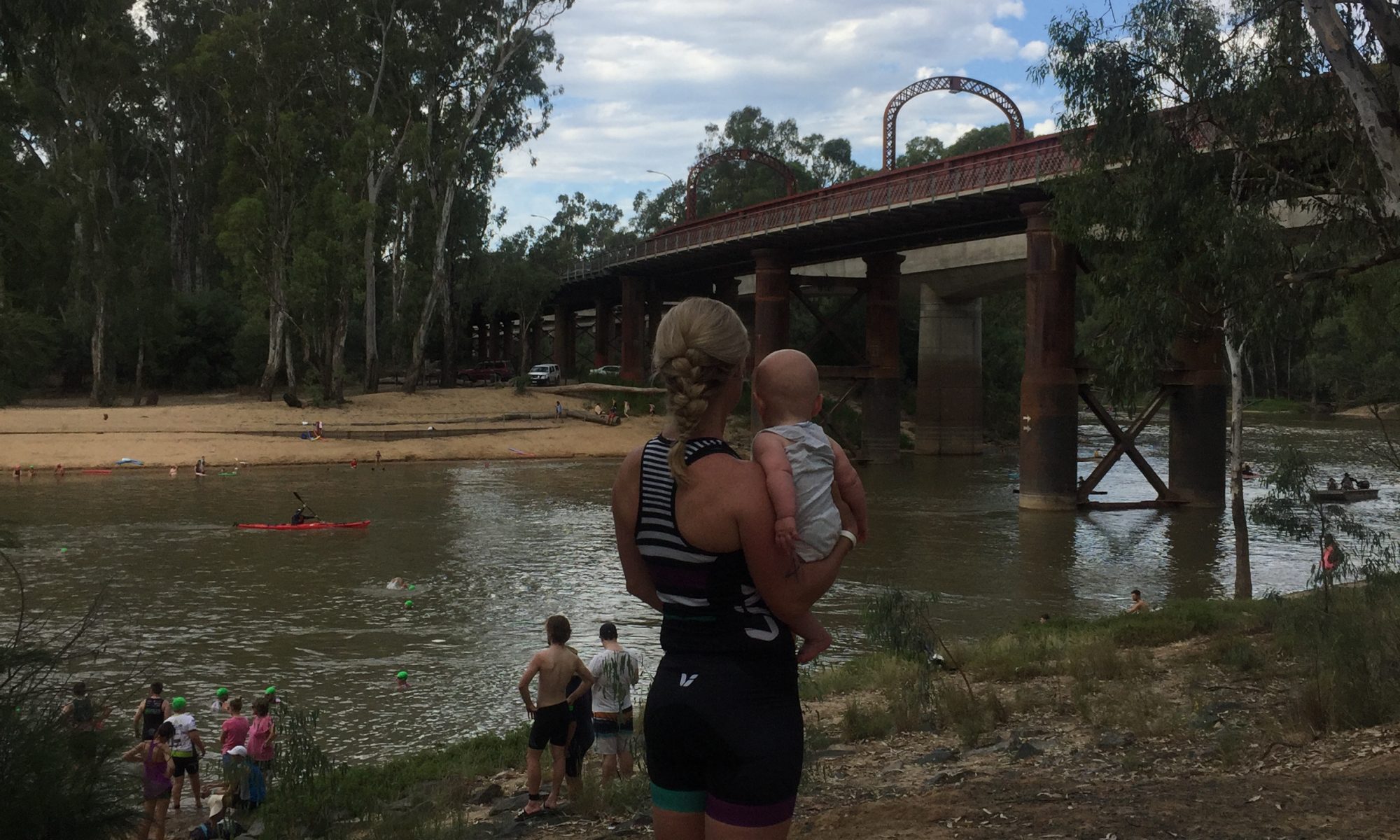 If you ever want to see some hard fought racing in some tough conditions, then you need not look any further than some of the awesome racing happening in country Victoria.

The weekend saw the 20th running of the Morley Auto Group Echuca Moama Triathlon and the race threw up extreme conditions for competitors. As athletes checked in for the event, the temperature was tipping 45+ degrees, and everyone knew it wasn’t going to be a race for the faint hearted. As expected, wetsuits were banned, additional aid stations were added on the run and they even allowed you to have a friend/family member pass you a fresh cold bottle on the 3 lap bike course if you chose.

Athletes Brett Sands (individual) and Mal McLeod (team) along with myself all had a hit out at the local event. I grew up in the area and loved being able to support the local event. Brett and Mal are fantastic contributors to not only the triathlon but local community as a whole, living and running their own business in the local area.

I was super excited to be racing – even though I knew it was going to be a tough one, as it was my first triathlon back – 5months post bubs. Other mum and dads I know always speak about what an amazing feeling it is to have their little one on the sidelines, so I always knew it was going to be special, and I can honestly say, nothing compares! 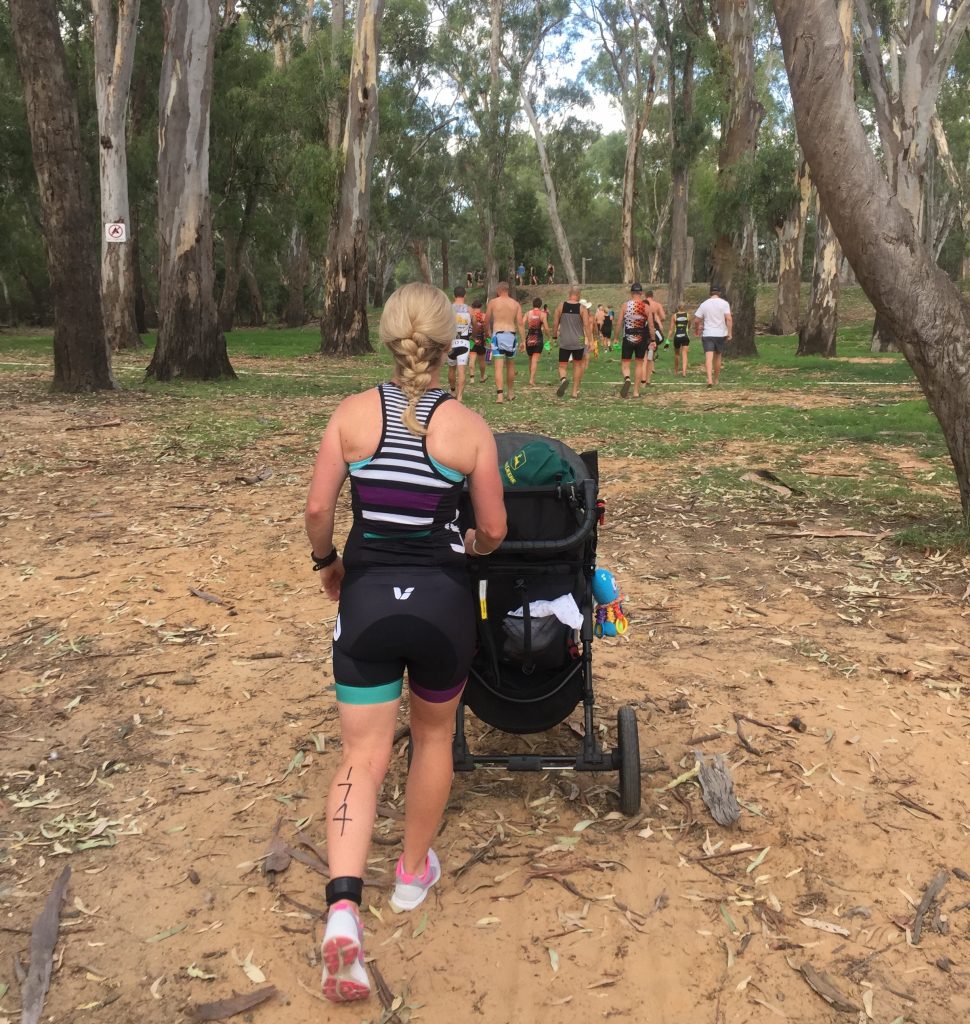 The swim is downstream in the Murray River and as you wind your way down river you find yourself swimming past paddle steamers and houseboats – a spectacular way to start a race!

Onto the bike and it’s 3laps of the historic town, I was amazed at the number of spectators out supporting in the conditions, so I yelled thanks at any opportunity I could. There was a little respite thanks to some passing cloud cover, but that didn’t help quench the thirst that the hot northerly winds did to dry out your mouth within seconds, and sear your eyes. But it wasn’t long and onto the run and you knew it was only going to get tougher! Out of transition you head straight into the bush – no wind, and minimal spectators along this area. I looked down at my watch and felt like I’d been running for 2km already and my watch said 628m. “This is going to be a long 5km!” I remember saying to myself. 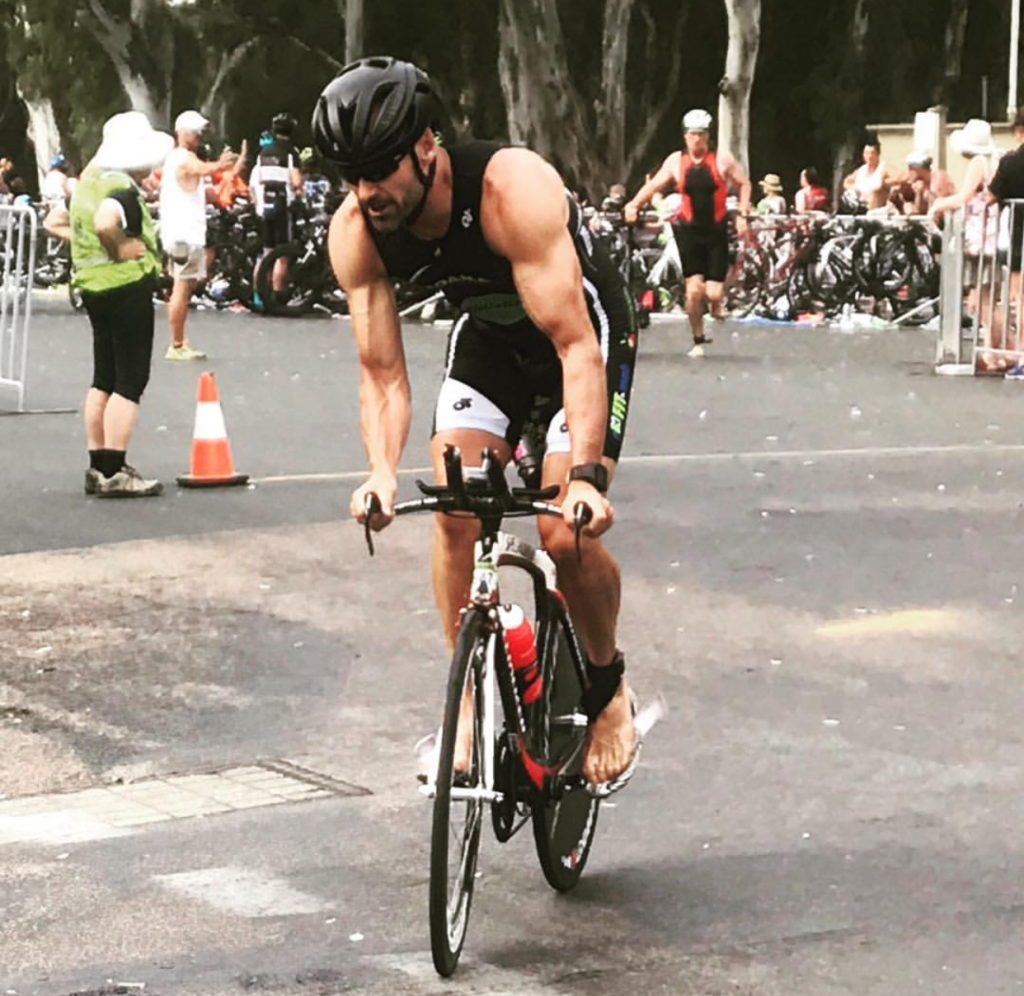 At one point in the race I said to a passing competitor “at least we are all as mad as each other” and we had a chuckle together. As the race went on, I found myself finally finding my groove and I cheered athletes as I past them and spurred on others as they passed me. A highlight – coming past transition and my little man to stop for a big sweaty kiss before finishing the final 3km of the race.

But despite the conditions, I was so super impressed with everyone out on course, including competitors, spectators and all the staff and volunteers. It takes a lot to put an event on, and to do so in such extreme conditions is a credit to the community in the area. Was also great to see athletes Ollie McNulty and Michelle Kervin on the sidelines cheering for their fellow athletes, friends and families!

Brett Sands 6th, M45-49
Brett ticked off another year on the calendar (if I told you he was 48 you wouldn’t believe me!) but age is no barrier for this guy. Due to a slight hammy tear during his ski training in his bid to earn himself a spot on the Australian Barefoot Skiing Open Men’s Elite Class team, Brett went into the race with 2 weeks off running and a mindset of playing it smart. He did just that and had a great race all round. So with just a minor set back, we know he’ll be back in full swing for his next barefoot comp in Sydney in a couple of weeks time.

Sarah Grove 2nd F35-39
First race back post bubs, and first race in my new age category! Super happy to be back out racing, the result is simply a bonus. 🙂

Mal Mcleod 7th TEAMS
Mal is a champion bloke and a slight calf strain at cricket training wasn’t going to let him miss this race, cue his wife Veronica who was roped into the run leg of the race. Mal had a great race and was awesome to see the both of them out together. We still think Veronica got the short end of the stick though! 😉 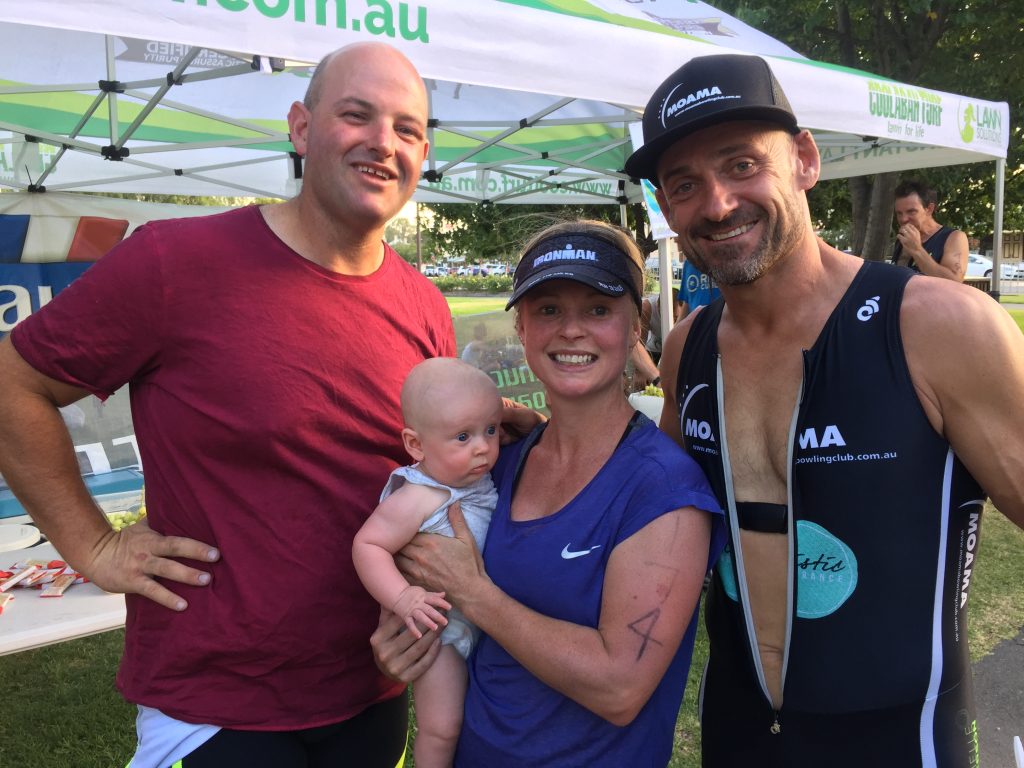 If you have ever done an aquathon, you can vouch for it that they are tough. Diving back into the water after a hard run is tough work! The race down the Bass Coast provided for a fantastic race of 400m surf swim, 4.4km run, and rounded off with another 400m surf swim.

“Happy with my efforts today, big improvement from last year!” Kara said after her race. She just keeps getting faster and faster this chick and love watching her continue to grow as a young athlete with plenty to give to the sport! 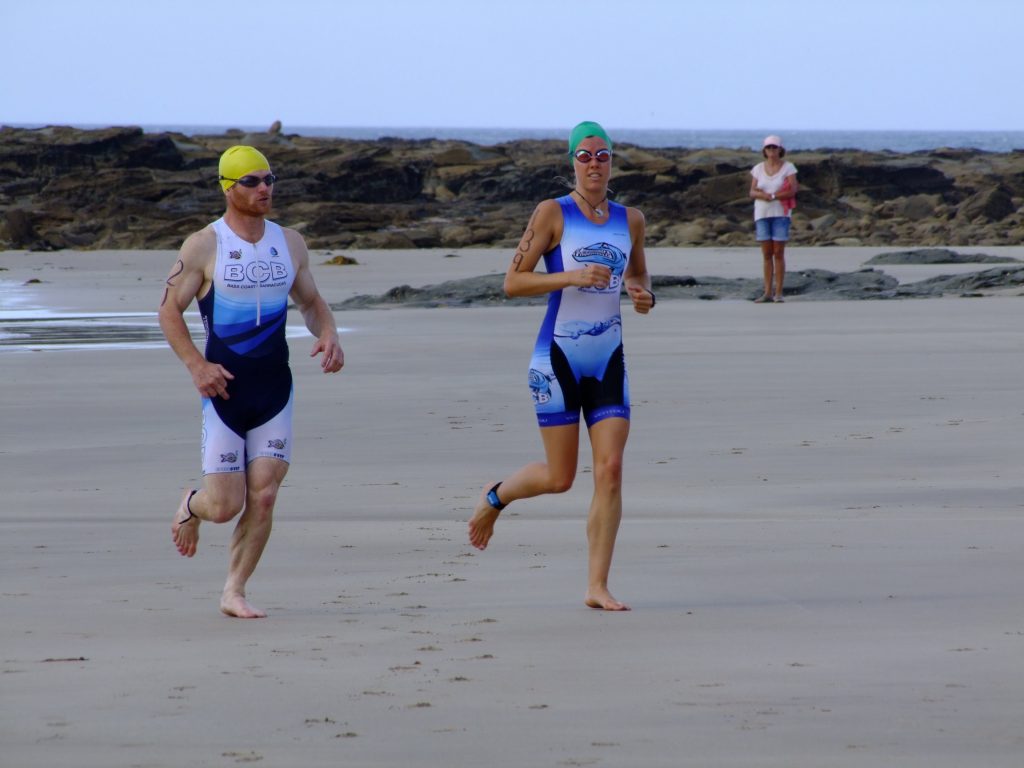 So next time you are looking for a race, why don’t you check out some of the awesome racing that is being held outside of the main cities and into the country towns and regions. You may be pleasantly surprised on how great these races are and how much you will enjoy the weekend away in the fresh country air! 🙂

Every athlete is individual, therefore I provide programs written and designed specifically based on each athletes goals, time commitment, training level and ‘life’ in general. Delivered through training peaks, each athlete receives a truly personal coaching service dedicated to improving YOUR results, while providing a pricing structure that helps allow every athlete receive the coaching that they deserve.

Contact me to discuss your training and coaching options.