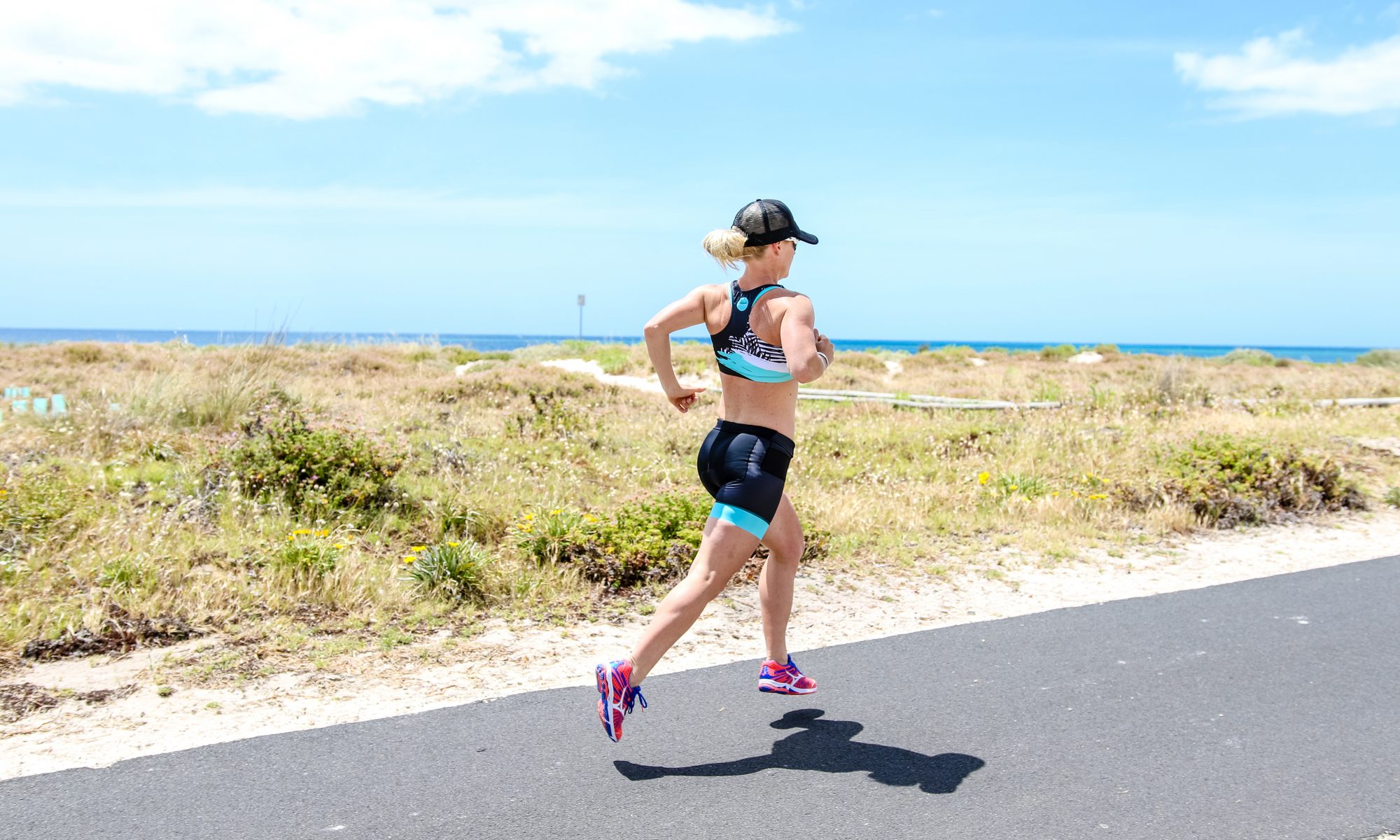 Triathlon is an interesting and challenging sport to coach. As coaches, we are challenged with coaching a sport that consists of three very different individual sub-sports (disciplines). Being able to master a triathlon is about being able to put each of these disciples together to have a consistent all round race. Every athlete we coach will also have different needs regarding how to train for each of these disciplines, with varying ‘strengths’ in a particular discipline depending on their background and physical capacity. But in effect, each discipline can be developed and improved with the right training.

Discussions I often have with other coaches and athletes centre around how much time and focus should be spent training each discipline to maximise gains, while being able to execute a strong run on race day. Should more emphasis be placed on the run? How much time should an athlete spend on the bike? What makes someone a strong runner off the bike? This discussion can be argued until the cows come home as there are many theories and philosophies, and it also depends on many factors including an athlete’s training history, their body’s ability to tolerate specific training and training loads, their injury/health history, strengths and areas for improvement and physical make up.

Lets look at it from the perspective of how a triathlon is broken down into disciplines and the proportion of time spent on each discipline in a race. Depending on the race distance, around 50-55% of your time is spent on the bike compared to 30% on the run, and only 15-20% in the swim. Many Coaches (and athletes) will debate whether the bike or the run leg of a race is most important, while the swim leg is often regarded as ‘the necessary evil’. Both have good points to argue – with those on the running side viewing the run as the ‘final event’ and where races can be run or won. Others view the bike leg as the most crucial as you spend the longest duration on the bike and has the greatest impact on your run.

However, we can’t simply look at each discipline through such a narrow perspective as duration alone. Yes, the greatest portion of time is spent on the bike, but this doesn’t necessarily equate to the greatest portion of the effort. So, both sides have valid points, and depending on the type of athlete you are, or who you talk to, I don’t think there is a right or a wrong answer. Differing training programs can even have similar results. However, I believe for most beginner and intermediate age group triathletes, they tend to underestimate the importance of the bike leg and ‘worry’ more about the run leg of the race somewhat out of fear of losing the race on the run. So they spend a good portion of their training logging kilometres on the run – good in theory, but the more run training you do, the less time/energy/focus you have to spend on the other disciplines (plus the increased risk of injury). And it can still be debated on how much focus should be spent on the run compared to the other disciplines. With this in mind, where I see athletes going wrong is not spending enough time on the bike building a strong strength endurance base that in return will assist them in the run leg, running stronger (read faster!) off the bike, without additional run training.

Triathlon is just like any other endurance sport and comes down to strength (not speed) and is centred on being able to resist fatigue for as long as possible. Each leg in a triathlon race builds fatigue on the last, so if we look at it from this perspective, the accumulative effects from the swim and the bike have a huge impact on the run. So, our aim in a triathlon is being able to get off the bike and being able to manage our run form (and pace) under fatigue.

To assist with running strong OFF the bike under fatigue, you want to be strong ON the bike, otherwise the dreaded fatigue will kick in far sooner than you had planned (or hoped). Therefore, becoming a strong cyclist, I believe, is the first step to becoming a strong runner off the bike and thus running to your potential in a triathlon.

With my athletes, I focus on three main areas to prepare for a strong run off the bike:

1.Get stronger on the bike.

Whether you are a great runner that doesn’t seem to run great on race days, or running is your weakness, if you get stronger and more aerobically fit on the bike (assuming you pace correctly for the distance/your level) you WILL run faster off the bike. So, work on developing your strength and endurance on the bike. Don’t skimp on your aerobic base and strength phases of your training program. So many athletes want to rush through this and get on their time trial bike and start smashing out hard/fast threshold efforts. Take a step back and make the most of developing your aerobic and strength base – particularly if you know this is something you can really use working on. Include plenty of long aerobic rides and hills or big gear efforts for strength and try extending your aerobic/strength base phase from your previous year’s training. This will allow you to develop a bigger ‘engine’ to work with later on AND stronger legs to push the power when you ask your body too!

Most athletes will only run off the bike in the final build into their race/season as it’s seen as ‘race specific’ training. But running EASY off the bike on sessions throughout the majority of the year will allow your body to adapt to running off the bike and the associated fatigue. The key here though is running EASY and running with FORM. Keeping durations short to ensure you maintain that form is crucial otherwise you are setting bad habits and risk injury. As you get closer to your race/season, just like any well-rounded training plan, you can then start to incorporate harder/longer runs off the bike specific to your racing and goals.

It can really go without saying – strength training makes you stronger PLUS it is a great way to help minimise the chance of injury while assisting your body to hold form under fatigue. So incorporating strength and conditioning, mobility, stability and activation into your training year round will help you perform better in training and reach your goals sooner. You want to ensure the strength training you incorporate is functional and specific to the swim, bike and run, so find a strength and conditioning, or functional movement, coach who can develop a well-balanced and specific program for you. Stick to it, and you will be rewarded with results – both in training, racing and injury prevention.

Of course, this doesn’t mean you can neglect the run leg, as specific muscular endurance and neuromuscular adaptions for the run can only be developed by running. So ensure you have planned in your specific blocks of run training and regain your focus on the following – rather than simply trying to run faster in training:

Remember – triathlon is a single sport that is made up of three individual sub-sports of which have to be factored in together when training. So the trick is to look at each discipline as part of the overall sport, not three different sports. Include test sessions or events to check whether your training is working and you are improving in the areas you are focusing on. And most important, find a balance that works for you and keeps you motivated and excited about your training. The more motivation you have, the more likely you are to remain consistent and as stated above – consistency is key in any training program.

Written by Coach Sarah, as previously published in the  Australian Triathlete Magazine

If you would like me to help you improve your training and racing performance contact me for a chat no matter your level or goals.