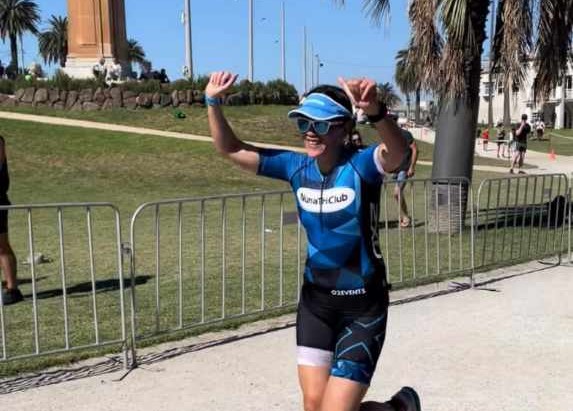 Melbourne – how we have missed you the past 2 years! And for that, we now forgive you because you have put on the goods again for the last race of the 2XU Triathlon Series in Melbourne. What a cracker way to finsh off the season!

Well done to all athletes who took part in the series, whether it was a one off race, used as lead up races or you focused on the series. It’s great to see the sport alive and well in Melbourne!

Congrats to our CPC female athletes who took the stage the this week:

OLYMPIC
Johanna Clark: 2:17, 3rd F 35-39 AND 2nd overall in the series.
Jo Finished a well fought out 3rd place for a race we haven’t trained for at all but we decided last week why not give it a crack! And what a race Jo had, nailing her power and pace numbers could not have asked for anymore. INCLUDING having the fastest overall bike split for the day in a smoking 1:02, 38.2km ave!

Evelyn Wilton, 3:13, 17th F45-49
Coming off her first ever Olympic Distance only 2 weeks ago, Evelyn threw herself back out there to finish off the season with another. A little illness leading into the race didn’t stop her getting on the start line though and finishing off her season on a high. 🙂

SPRINT
Elise Fookes, 1:44, 12th F30-34
Coming off a bike specific program, Elise jumped into the deep end literally in throwing herself into this race. With no specific preparation other than starting back some run training and a couple of swims. Elise can be proud of her efforts (especially clocking the 2nd fastest time in her AG) and now set her sight on getting some work done for bigger things to come! 🙂

Esther Toh, 1:46, 9th F45-49
Esther has had her sights and focus on some long trail runs and walks this season and nothing like throwing in a sprint event 1 week before a 100km Great Aussie Hike next weekend! Well done Esther. 🙂

OTHER RACE & EVENTS AROUND TOWN:

Darren McKemmish – Crowned Club Crit Champion.!
Although training for an Ironman – only 5 weeks away! Darren has been geting amongst the local crit racing scene every fortnight and last Friday Night saw him race a strategic and smart race and he crossed the C Grade finish line in first, taking the crown of Echuca Moama Cycling Club C Grade Club Crit Champion for 2022! Mighty fine effort Daz !

Kathy Wilkinson & John MacNamara – Snowy Mountain Classic
Both Kath and Macca made the trek to Jindabyne in the Snowy Mountains for a spectacular 110km 1600m ride through the Snowy Mountains. What an amazing event to do, one to put on the ‘to do’ list if you haven’t ever done this one before or ridden in this area!

Robyn Bourke – Australian Grand Traverse
A 30km hike from Falls Creek to Hotham with 1400m+ of elevation (read climbing!), 8hrs on the feet. What an experience to do this with mates just 1 week post Ironman Melbourne 70.3 and Geelong 70.3 only weeks before that! (I’m sure Robyn apologised to her legs a few times!) haha. “Epic fun, epic views, epic quad engagement! epic company. Five stars” Robyn shared after the event. Now to give those legs a little rest! ;-p

Janelle Wolski – Softball Grandfinal x 2 !
Who said it was all swim, bike and run. One of our athletes Janelle paired her triathlon pre season training with her end of Softball Season which saw he land in not one but TWO Softball Grandfinals over the weekend. Back to back headers! Although they didn’t win the converted grandfinal trophies, Janelle was super impressed with her teams efforts and just a little bit chuffed about hitting a home run – over the boundary on the full! Something that doesn’t happen very often but when it does – what an awesome feeling, and to smash that out during a grandfinal! There’s a celebration right there! Well done Janelle. 🙂