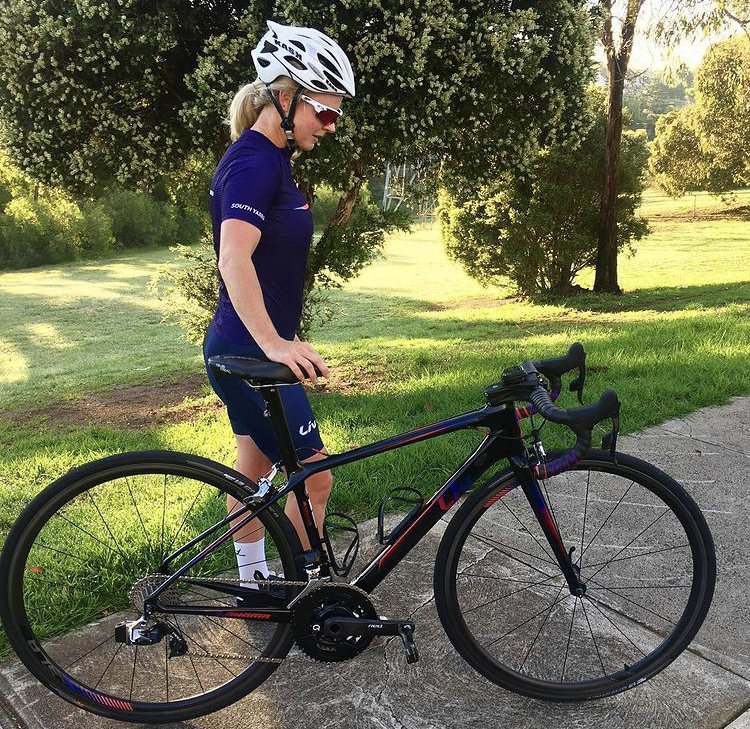 When training becomes an addiction

Follow Coach Sarah as she shares her training and racing journey. She will share not only what her training looks like, but her day to day nutrition, recovery, the mental side of training, the 1%rs, the ups and the downs, her favourite sessions, break throughs, realisations and now,her journey with a bub on the way! She will show you that training to your optimal performance doesn’t have to mean spending every spare hour training or every waking moment tired….

21 weeks – over halfway, when did that happen?! It seems like only a couple of weeks ago I shared with the world that my next big event on the calendar was going to be having a little mini-me! And since then, there has been a plethora of pro-triathletes who have also announced their pregnancies, Mirinda Carfrae being my number one favourite! 🙂 It has been exciting following these amazing women on social media sharing their journeys to motherhood while still remaining fit, healthy and kicking goals while I too try and find my balance and the changes happening in my body.

For me, I can say in general I’ve still been feeling great. It honestly took me a good 4 months to really even feel like a little human was growing inside of me. (of which I still feel a little weirded out about!) ;-p But in the last month I’ve definitely noticed the shift and the changes slowly sneaking up on me. But it wasn’t the slow and gradual changes in my body, it wasn’t coming to terms with needing to slow down, it wasn’t the shifts in energy and nutrients my body craved that I wasn’t ready for. This was something I hadn’t expected and wasn’t prepared for. It silently starting creeping up on me, subtly and so subconsciously that I was totally oblivious until it hit me.

An ‘addiction’ – or an obsession, which ever way you want to term it had made it’s way back into my life, with pregnancy being the catalyst. It formed in the same way as it had previously – slowly and subtly, without me even realising it, until I was right in the midst of it. This addiction had made a profound impact on my health before, and I could see and feel it happening again. I thought that it was in the past, and it wasn’t until just recently, nearly half way through my pregnancy that I realised it had reared its head again. I thought I had ‘cured’ myself from this addiction/obsession, but then I realised, that just like any addiction, we aren’t ever ‘cured’, there are triggers that can set it off and mine was set in motion. I’m just glad I got hold of it before it took over again.

I wasn’t addicted to the usual things people are addicted to, like food, or alcohol, I was addicted to training. To the idea that the more I trained the fitter I would become, the stronger I would be, the more I would achieve. I was obsessed with looking at what I had done last week, or last year and wanting to do more than that. So I trained more. (a rookie error by many athletes) And at first, it served me well. I improved dramatically (as anyone would with an increased training load) but as with any addiction, over time, it becomes all consuming. It was the first thing I thought about when waking, and the last thing I worried about before going to sleep. I’d sneak in an extra 10min ontop of a programmed run, do an extra sneaky ride, if I missed a training session, I would go into panic mode that I’d loose my fitness, or put on weight and I felt like I ‘had’ to train twice as much the next day to make up for it. I wasn’t in control of myself anymore, I became a prisoner in my own thoughts and the stories I was telling myself until my body couldn’t cope with it anymore.

So after 12months away from the sport, self reflection and rebuilding my health, I was proud of myself of being able to find a happy healthy balance again, and another 12 months later I worked my way back to Long Course racing and returned to the sport at Ironman Western Australia.

But fast forward 4 months from then, and I found myself with similar thought patterns to those I had 3+ years ago. Although now being 20 weeks pregnant, and still feeling strong and capable, I found myself each week looking at what I did last week and wanting to do more.

I was training up to 15hrs a week, twice a day most days. I was starting to get more tired, but I ignored the signs, as I ‘had’ to go out and train. But it wasn’t until my body forced me to slow down that I realised what I was doing. I wasn’t training for my health, or for improvements, I found myself training because I felt I needed too, I felt compelled to. I compared myself to my previous, and couldn’t let go of that need. I needed to do more, wanted to do more, felt like I had to do more.

I was again afraid of loosing my fitness and of gaining weight, and I thought with that, I would loose my identity. This then transgressed to instead of making me feel better – as exercise should, I was feeling worse. I was feeling more tired, stuck, controlled and addicted. I was becoming a slave to the training and to exercise. The worst thing about it happening this time was, it wasn’t just going to be my own health that I was impacting, I needed to consider the little being depending on me… and that’s when it really hit home.

So, just as I did those few years ago, it was time to put into play what I had learnt before. To be kind to myself and to my body, particularly now that my body isn’t just for me, it is for the little human growing inside of me.

To appreciate my body in what it can do, but to not take advantage of it. To always have my mental and physical health at the forefront of my mind, but not to let it rule me.

To nourish my body, to support not only my exercise and my health, but also my growing bump. And most importantly to love myself and the changes my body is going through – which when you sit down and think about it, is massive!

I wanted to share these thoughts, as I know many athletes would relate to this. Athletes that may also have similar destructive thought patterns and beliefs in their training and their health.  Don’t think that being ruled by your training is sustainable. It can be for a period of time, but our bodies are far smarter than a lot of us give them credit for. Our bodies can take the toll for a period of time – some longer than others, but if you don’t regain a balance throughout the year, if you don’t listen to the signs, then guaranteed at some point it will come back to bite you. It could be through injury, illness, fatigue, burnout – none of which are fun at all.  No one wants to have forced time off training, be grateful for everything your body allows you to do, while taking care of it. The better you get at listening to your body and being in tune with it, the better it will work for you.

So if you feel like you are controlled by your training/exercise, if you are suffering from fatigue, injury or illness but continue to train anyway, then ask for help – from a Coach, from a friend, from a professional that you can discuss your feelings with understanding and support. You will be glad you did.