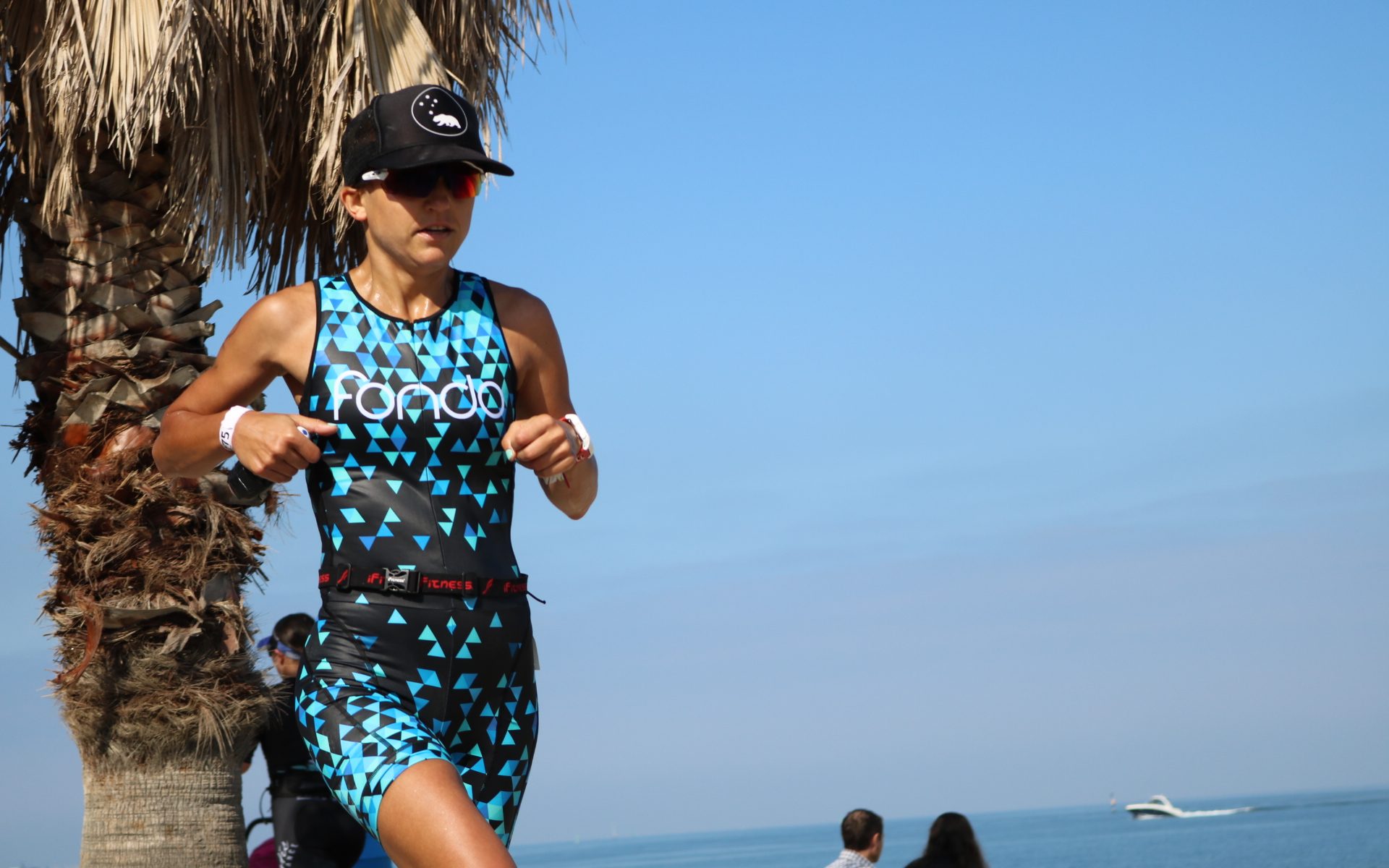 There is something about prepping for a World Championship event. The hype, the excitement, and knowing you are putting yourself up against the best in the world at the distance. Our athletes have put in the work, they’ve been dedicated, they have bee tested, but all the while, steely focused – not easy over a Melbourne winter! Follow their stories as they head into their taper before the 70.3 Half Ironman World Championships in South Africa next weekend.

How’d you qualify for the 70.3 World Champs?

I qualified for 70.3 Worlds at IM 70.3 WA last year – December 2017. I was training for the IM but due to some significant medical issues I had to pull out of that event and I was lucky enough to get a spot to the 70.3 instead. I wasn’t 100% sure if I’d race/participate but decided to check-in and to put my bike and gear into transition the day before – the plan was that I would make my final decision about racing the morning of the race (if I woke up feeling crap I wouldn’t do it and vice versa). Long story short – I ended up taking part and the goal was just to enjoy being out there and appreciate getting to participate while being mindful of my health sitch – I planned to pull out if again, I felt crap.

Anyways… I’m so glad I took part, got through the race and finished. It was the second long course race where I ran the entire run leg (normally I’ll run/walk) and I just felt so happy to be out there. That finish line was one of the best finish lines I’ve ever crossed. It was a massive challenge to get there but that just made it that much sweeter. I’ll never forget crossing that finish line.

After the race a few friends encouraged me to go to roll down, ‘just in case’ – nothing to lose, everything to gain. Basically, the spot rolled down to me and the rest is history! Best. Moment. Ever! I was shaking from excitement! I was that giddy that I forgot how to spell my name when I was filling out the paperwork and signing my life away. Haha.

You’ve had a big season of racing so far since qualifying, accumulating to this A race – the Half Ironman World Champs. How has your season looked up until now?

It’s been the biggest season of my tri “career” (and I’ve been in the sport for over eight years now!). I have loved every minute. My goal this year was to stay consistent, to try new things and to have fun – to enjoy the process and the training. And TICK! It’s been tough but I’ve loved it. Races I’ve done this year include:

(Is that it? LOL … there has been a lot of racing going on)

One of your first key races was Challenge Melbourne earlier in the year where you had a break through race. How are you feeling leading into the Worlds compared to leading into Challenge?

I’m tired… haha jokes! I’m not really sure what to expect with worlds so I’m not really sure how to feel yet. Mostly I’m super excited about traveling to South Africa (how amazing is that!) and I’m excited about take part in something so big. I’m not really nervous yet because I really don’t have any expectations as it’s my first worlds. I just want to go out there and enjoy it. Oh and secretly, I’d love to nail that run. If I can do that I’ll be happy. What I learnt from Challenge though, is that I need a lot of ‘me’ time/alone time leading into a race. I’m much better when I don’t get sucked into the hype or too much of the social scene. So that’s what I’m going to try to do at worlds – just focus on me and what I have to do, especially 1-2 days leading out from the event. And then come race day it’ll be – blinkers on! 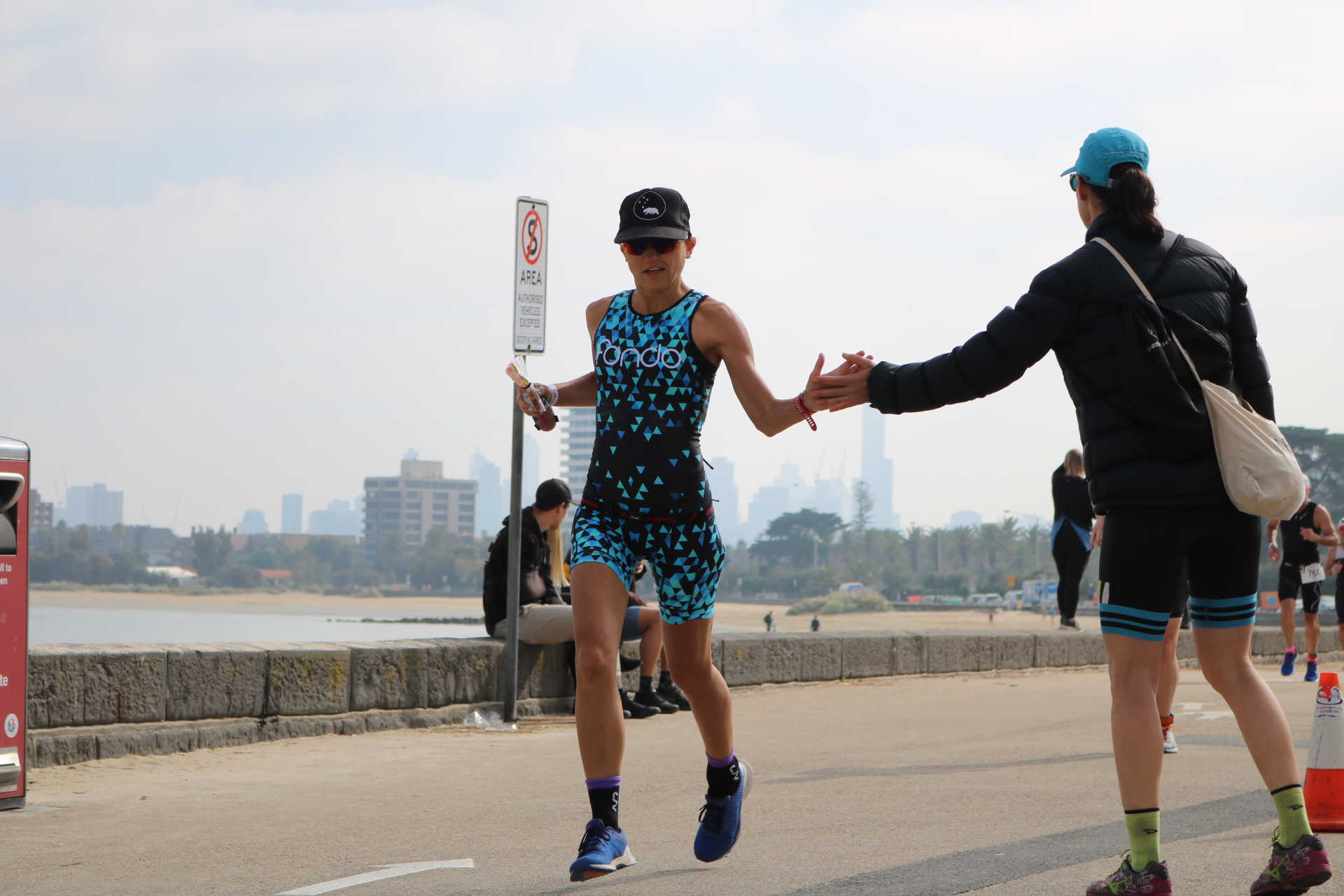 I’d have to agree with you here Margs, I remember walking past you the morning of Challenge and you literally looked straight through me and kept walking! haha.

What has been the biggest challenge during this prep for the worlds?

As far as training goes the biggest initial challenge was working out how I was going to fit training in around a massive commute to/from work, along with work itself. But once I got into a groove that worked for me, things have been great and I’ve been more consistent then ever. Also swimming! Ah, bless! My least favourite part of triathlon. I qualified in Busso where they had cancelled the swim (as soon as it was cancelled I was all like: GAME. ON! Haha) so I knew I had a massive training curve to get my swimming up to scratch. I’ve been swimming with a squad (thanks Fluid Movements for having me), which has been so great and exactly the kick up the butt I needed. While I’ll never be an Olympic swimmer (you know, a coach once said that to me haha – oh, what! Are you for real? And here I was thinking… haha) I feel better/stronger in the water so hopefully I won’t come out last and/or get eaten by a shark (eep!).

On a personal level, the biggest challenge was my grandma passing away. She had cancer and passed away earlier this year (before Cairns). She was my number one fan and was so excited when I told her about qualifying for worlds. Sadly, she won’t be here to hear all about my trip when I get back but I’ll be racing for her, in her memory.

Have you had any breakthrough moments in training?

I started seeing breakthrough moments in training at around March/April. All of a sudden I was running faster then I’d ever run before – I remember one run off the bike in Torquay I was running <4min/km pace and was like: “OMG! Where did that come from?” Albeit I wasn’t able to maintain that pace for very long but it was a glimmer of where things were starting to head.

You have come leaps and bounds in the past 6-12 months, and it has totally come down to your consistency, trusting the process and your mindset. So now you get the reap the rewards! 🙂

So tell us – whats your driver? What is the fire in your belly that gets you out of bed in the morning?

I want to be the best version of myself – I want to see how far I can go and what I have in me. Also, I love training (maybe more than I love racing) so it doesn’t take me much to get out there, especially if the weather is nice.

Oh and sharks! I have this irrational fear about sharks… so the driver to improve my swimming has been being able to keep up with the rest of the field on race day, so that I’m not left alone out the back as shark bait!

(What ever motivates you margs! 😉 haha) 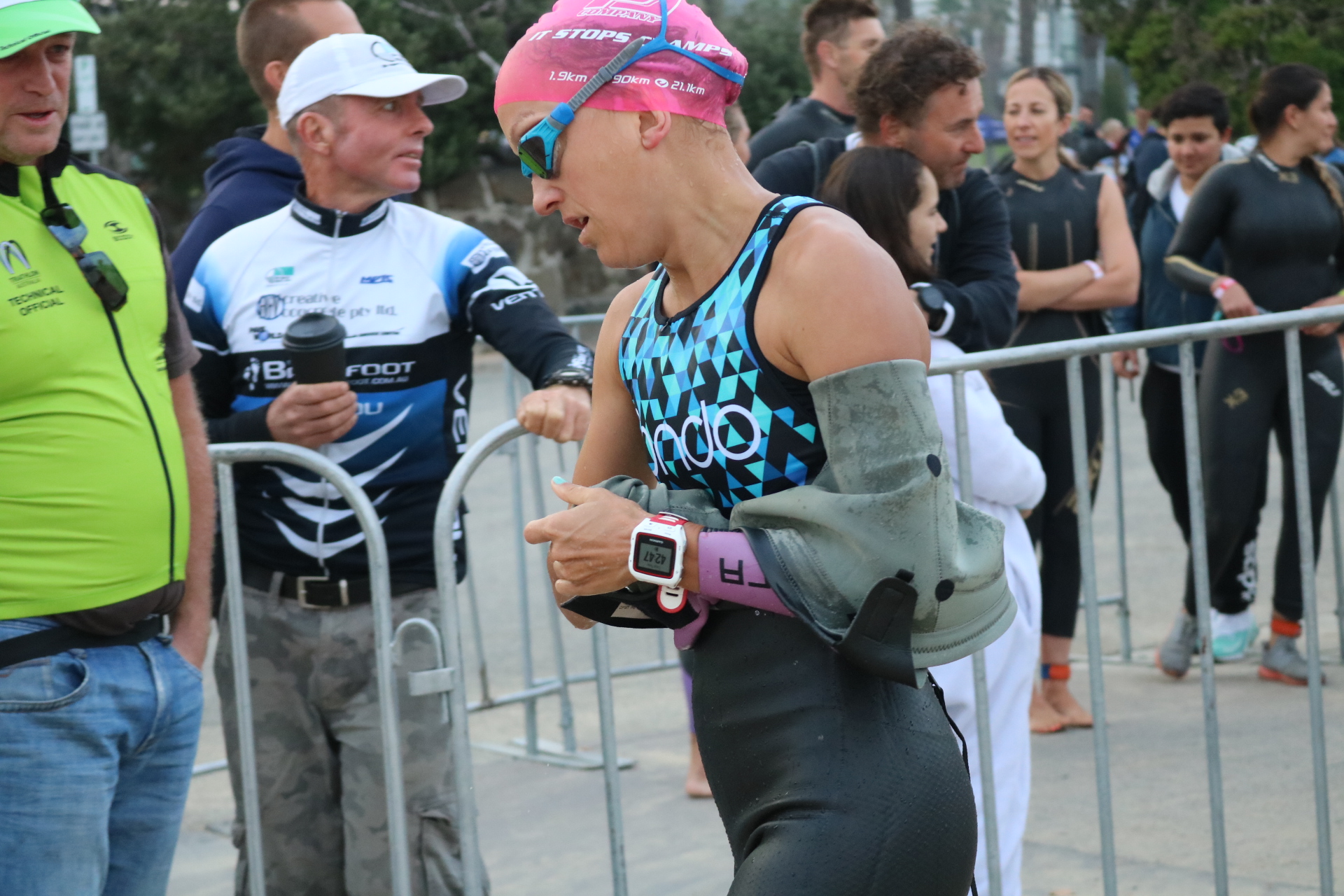 What are you most looking forward to in racing this event – the World Champs!

Probably the atmosphere – I imagine that will be pretty epic. Also, I’m looking forward to the race being split into genders – females race one day, men the next. I’m looking forward to experiencing what that’s like and then to cheering on the guys the next day 🙂 Also, aside from the race I’m super excited about going on a safari and experiencing everything South Africa has to offer. Cannot wait!

It’s going to be an amazing experience for you that’s for sure!

And one question I always like to ask – what will be next for Margs after this big goal is ticked off?  A break? A new goal? Something different? Fill us in…

Well, there was this one night a few weeks ago when I couldn’t sleep. But instead of just shopping for clothes online or something like a normal person, I decided to sign up for the Melbourne Marathon in October (eep!). So there is that, as a start. I’m keen to focus on my running for a bit. I’d like to see where I can take it and how fast over the half and full marathon distance I can get. But let’s be honest, once the weather warms up I’ll probably be all like: “Sign me up to another tri, baby! I’m in!” Haha! Stay tuned…

Love your work and your attitude Margs! And we can’t wait to follow you on race day!